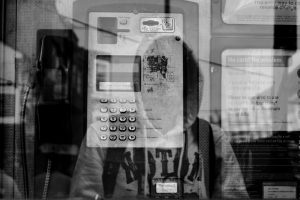 Telephone scams appear to be on the increase again. They first appeared regularly in 2011-2012 then seemed to die a death after a couple of years.

However, I have noticed recently they seem to be on the increase again.

We have all received one or more of these telephone scams, but they have changed over time and become more sophisticated or are trying a different approach.

Originally the caller would purport to be from “Windows Technical Centre” or “Microsoft Help Centre” or such similar bogus organisation.

A lot of the new ones, however, claim to be from your Internet Service Provider (ISP for short), such as BT or Virgin etc. They will certainly not be. Many are recorded messages which is a dead giveaway that it is a bogus call from the outset.

However, some have been smarter and relied on unscrupulous employees at the ISP call centres. Customers who have made genuine enquiries to their ISP have been targeted and have received a call back within a few minutes of the genuine call ending. The caller will claim to be from the ISP and says the reason for the call back is they forgot to do something in the original call. They will even be privy to certain customer information to make them appear genuine.

What will have happened is that the original employee who the customer spoke to in the initial genuine call will have passed details on to an accomplice on the outside. This makes them appear genuine as they reel off some of the customer’s details an ordinary scammer would not know.

My advice when confronted with a situation like this is to refuse to continue the call.  Advise them you will call back on the usual number yourself. You should then contact your ISP on the regular number and explain you have received a scam call.

Although these scams are designed to trick us, most can be defeated with a bit of common sense. Anyone who calls who is genuine will understand if you decline to speak there and then but offer to call back on the usual number. NEVER use a number they give you. Always use the number shown on literature, your bill or the website.

As always if you have any questions regarding this topic then please do not hesitate to get in touch.