August 5th, 2021 Posted by Damian General, Security, Upgrades 0 thoughts on “Back to Normal.” 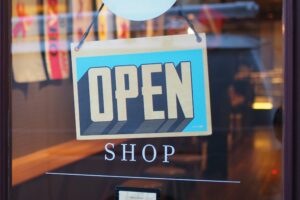 With restrictions easing, and life getting “back to normal” slowly, I thought it about time to put finger to keyboard!

It’s been busy over the last 10 months, as everyone has been using their computers more than usual. I’ve been helping them keep going and run smoothly. I’ve helped and advised people get new computers or upgrade their existing machines.

During this time, I have been taking precautions to keep my customers, and myself, safe. Despite the easing  I have continued to wear a face mask and keep sanitising before each visit. I think it is the right thing to do.

I have had both my vaccinations and have not yet contracted Covid. Hopefully I won’t and maintaining careful practices when working will hopefully see this continue.

As ever I am here to assist and advise on any aspect of your computer needs and use. I can upgrade existing machines where economic to do so. Or I can source and supply new or refurbished machines if not. I can also help you get the most out of your computer by helping you work smarter. This is especially helpful if you have an older or less powerful system.

During the last 18 months scams have been on the increase again. The scammers never go away, and Covid gave them new opportunities to try and hoodwink the general public. The common ones where they pretend to be from Microsoft, Amazon etc have not disappeared. They have just been joined by fake NHS emails, calls and text messages. As ever, if anyone, apart from a trusted friend or IT professional, calls and asks for access to your computer to ‘fix’ an issue DO NOT let them. No one apart from yourself can know what is going on with your computer. If you do get strange messages on your computer, or calls then please contact myself or another professional first to check.

Please get in touch if you require any of my services in the usual way.

Keep staying safe, let’s get back to normal in the right way. 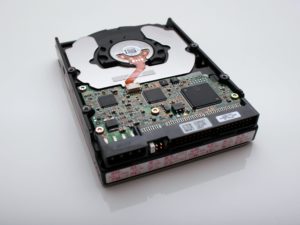 How many of you have experienced that irritating wait when booting your computer or waiting for an application to launch?

You’re not alone, many of us have, at some point, suffered this. Unfortunately, Windows in all its various incarnations, tends to slow down over time.

No one really knows why this happens, and a full re install of Windows can usually alleviate the problem, for a while anyway.

It tends to happen after a few years, and even after a couple of years on a well specified machine running Windows 10, (my own family PC!).

It should not have happened, the machine has a high-end CPU, plenty of RAM and no games or other 3rd party software slowing it down. The main software installed is Office 365 only. This got me wondering what could be behind the slow down. A little bit of investigation later and I had identified the culprit. The 3TB hard drive, which was hardly full at all, a paltry 220GB used out of the 3TB.

There was nothing wrong with the drive per se, but it was getting a lot of use from Windows 10, even in an idle state. I had checked to make sure there were no sneaky non-Windows processes running in the background. I could only conclude that Windows 10 itself accesses the drive regularly in its operation.

So why don’t all Windows 10 machines run slowly then I hear you ask.

Quite simply it is down to the type of storage drive used where Windows is installed. Most average machines with a reasonable amount of storage use traditional hard drives with a magnetised spinning platter and arm, like the one pictured above. In speed terms of modern CPUs and RAM, this is actually a bottleneck. The necessary mechanical action of the hard drive internals is slow compared to the rest of the system. This causes data transfer to be slowed down comparatively.

The solution is simple, replace the old mechanical technology drives (HDD) with newer solid-state drives or SSDs as they are known. These solid-state drives have no moving parts and run at the same speeds as the rest of the system. Thus not causing any slowdown of data transfer.

Once upgraded to SSD you will see much reduced boot up times and speedier opening of applications on your system. Older systems really do benefit. Previously where start up could take several minutes it could now be ready to go in under 30 seconds.

What’s the catch I hear you say.

Well there is always something, and the cost per GB of storage space is higher for SSDs than HDD. However, over the last 8-12 months prices of SSDs have dropped dramatically. Typically, a 1TB HDD will cost around £40 on average, whereas, a 1TB SSD will be over £100.

However, most people I encounter only use a fraction of the capacity of their drives, myself included. Therefore, it is not necessary to replace a 1TB HDD with a 1TB SSD, a lower capacity will suffice, thus reducing the cost dramatically.

Typically, a 128GB SSD will come in around £30 and a 256GB around £60. Much more affordable when revitalising an older computer.

I’ve done lots of these upgrades over the last twelve months. The reaction when people see how quickly their computer now responds is brilliant.

If you want to know more then please get in touch.